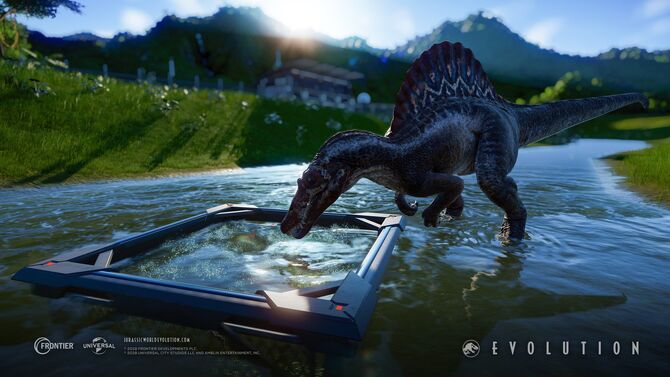 Update 1.8 was a free update for Jurassic World Evolution that was released on June 18, 2019. Prior to release, Frontier released three forum posts (Feature Focus, Feature Focus 2 and Feature Focus 3) that detailed some of the planned features for the update. The update included many customization options, such as fish feeders for spinosaurids, multiple different terrain tools, and Scenery Items. It was released alongside the Claire's Sanctuary DLC.[1]