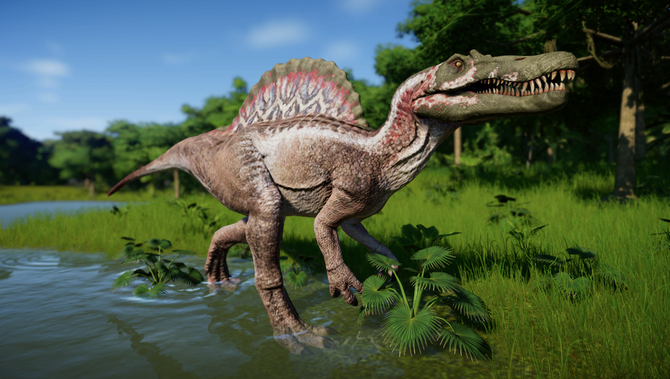 Update 1.6.1 was released on December 17, 2018 on Xbox and PC and was implemented into the PS4 release of 1.6 on December 19, 2018. It fixed a variety of small animation and miscellaneous bugs as well as implementing several small other changes such as moving the dinosaurs from the Cretaceous Dinosaur Pack into their own section on the research screen and removing the slicing noise from the small theropod hand movement animation. It also unlocked the Spinosaurus Jungle cosmetic gene as a reward for the community hitting the donation reward for the 24h Frontier Charity Stream.[1]