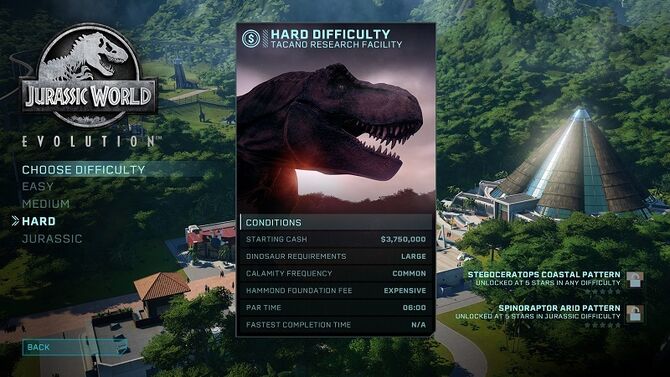 Update 1.6, was released on December 13th 2018 (on PC and Xbox One) and December 19th 2018 (on PS4), and was the fourth free major update for Jurassic World Evolution. It included new Sandbox Mode features such as the ability to disable failed incubations at Creation Labs, the ability to toggle dinosaur population and social requirements, and others. The update also made it possible to play all islands in Challenge Mode. Released alongside the update was the Cretaceous Dinosaur Pack, the second downloadable content pack for Evolution, which contained the dinosaurs Iguanodon, Carcharodontosaurus, and the Dreadnoughtus.[1]