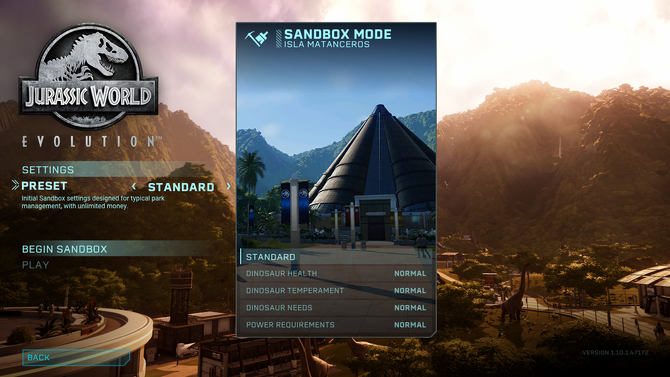 Update 1.10 was a free update for Jurassic World Evolution that was released on September 17, 2019. It added Sandbox Mode and the sand landscaping tool to all islands as well as other minor fixes. It was released alongside the Herbivore Dinosaur Pack.[1]