Tapejara is a genus of flying reptile in Evolution 2. It originated from Early Cretaceous South America. 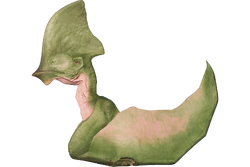 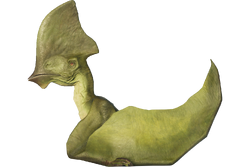 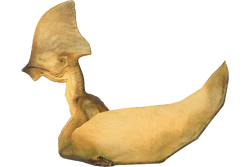 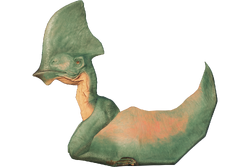 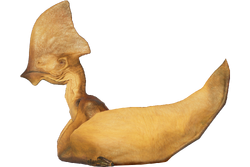 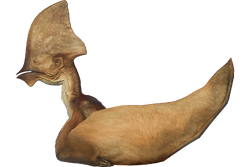 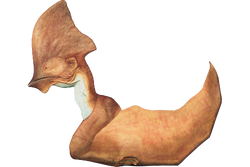 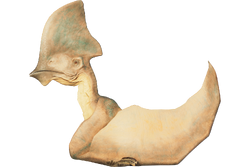 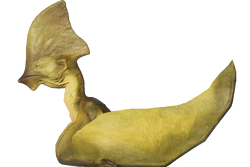 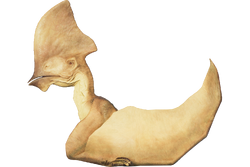 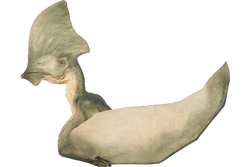 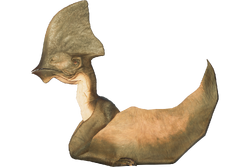 Hailing from the Early Cretaceous Romualdo Formation of Brazil, Tapejara was described as a new genus in 1989 under the species T. wellnhoferi and was placed alongside Tupuxuara within the newly-defined Tapejaridae, a group of Azhdarchoid pterosaurs known to possess large, bony crests extending from their snouts.

In the following years, two new species would be assigned to Tapejara, T. imperator and T. navigans. However, these two species would later go on to be reclassified as their own genus, Tupandactylus.

Tapejara inhabited a shallow basin environment, from which numerous specimens of aquatic animals like fish and turtles have also been recovered, as well as several other pterosaurs, including fellow tapejarids Thalassodromeus, Karirdraco, and Tupuxuara, as well as the anhanguerids Anhanguera and Cearadactylus and the large ornithocheirid Tropeognathus. Also living in the ecosystem was the spinosaurid Irritator, which was discovered with gut content containing bones belonging to that of a pterosaur.

Like other tapejarids, Tapejara is thought to have been an arboreal frugivore or omnivore, feeding on high-growing fruits with its parrot-like beak.

Tapejara was introduced during the Dev Diary 3 event on October 27th, 2021.