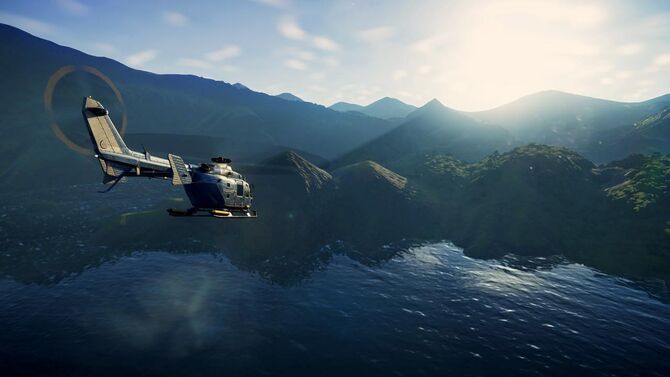 Isla Tacaño is an island in the Muertes Archipelago, located south-east of Isla Sorna and west of Isla Pena. Similar to Isla Matanceros, Isla Tacaño has a generally calm climate, experiencing only light rainstorms. When first visited, the island is in the midst of an economic downturn, forcing the park manager to bulldoze the island's existing infrastructure before creating their own park.

Progressing through Isla Tacaño will unlock access to Isla Pena at three stars and the Coastal cosmetic gene at five stars. Located separately from the main area, Dr. Henry Wu operates a facility at the Tacaño Research Facility, which can be accessed through the Secrets of Dr. Wu DLC.

Isla Tacaño is the second-smallest island in the Cinco Muertes Archipelago. It lies between Isla Sorna and Isla Pena. There was an attempt to start up operations here before.
This island is infamous for its rugged terrain that makes construction near impossible in many regions. Thankfully its weather is calmer than some of the other islands.

In the 1980s, the islands of the Muertes Archipelago, including Isla Tacaño, were purchased from the Costa Rican government by InGen, in a 99-year lease which also covered the neighbouring Isla Nublar to the east.[1] Although InGen was not known to operate a facility on Isla Tacano, Costa Rican fishermen were apprehensive about the entire island chain.[2]

Located south-east of Isla Sorna, the mountainous Isla Tacaño is the second smallest island in the Muertes Archipelago, dominated largely by peaks and highlands. The area of Tacano available to the Hammond Foundation for Jurassic World operations is located on the banks of the island's lake, in the relatively flat south-east of the island.[3]

Players often find difficulty in developing Isla Tacaño, as the island's progression begins with the player in deficit. As such, demolishing the island's old facility, such as the Innovation Center, and focusing on cheap, yet visitor popular dinosaurs such as the Ceratosaurus, will help the player build a healthier income.

In addition to the main area of the island, the Secrets of Dr. Wu DLC includes a new area of the island known as the Tacaño Research Facility, where players aid Dr. Henry Wu in further developing his hybrids, unlocking the Ankylodocus, Stegoceratops and Spinoraptor. 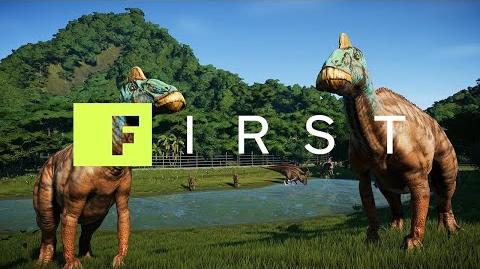 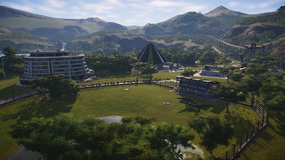