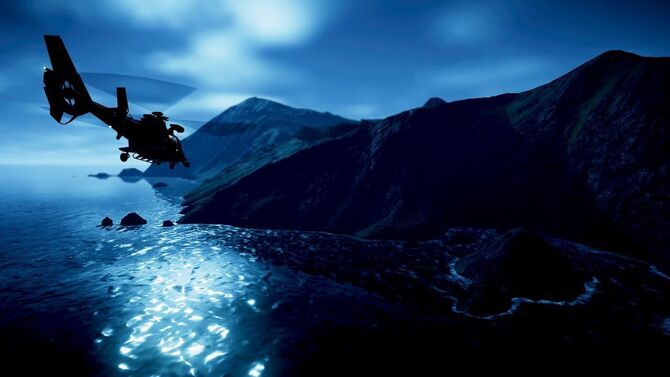 Isla Pena is the smallest and easternmost island in the Muertes Archipelago, located to the northeast of Isla Tacaño. By far the smallest island of the Five Deaths, Pena has limited space for Jurassic World operations and due to its small size and lack of mountain cover, it is susceptible to extreme storms.

Isla Pena is the smallest of the Five Deaths, and positioned farthest to the east of the archipelago. InGen operations were never contracted here.
This cramped island poses a significant challenge for dinosaur operations, and it endures catastrophic storms.

In the 1980s, the islands of the Muertes Archipelago, including Isla Pena, were purchased from the Costa Rican government by InGen, in a 99-year lease which also covered the neighbouring Isla Nublar to the west.[1] Although InGen was not known to operate a facility on Isla Pena, Costa Rican fishermen were apprehensive about the entire island chain.[2]

Isla Pena is the smallest island available in Jurassic World Evolution, and as such, provides the least amount of buildable area to develop. These limitations force players to think creatively when creating their park on a relatively narrow piece of land, which, when coupled with the extreme storms Isla Pena is susceptible to, makes Isla Pena one of the most challenging islands in the game. The island's dock can be seen outside of the playable area; making it the only island in the game with structures outside the playable area. 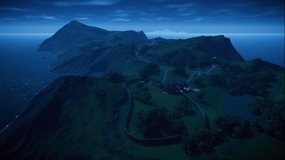 An overview of Isla Pena 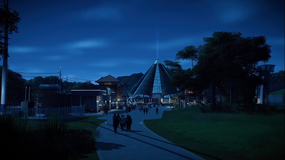 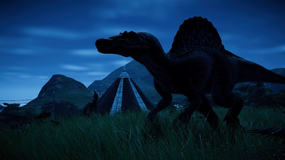 A Spinosaurus on Isla Pena