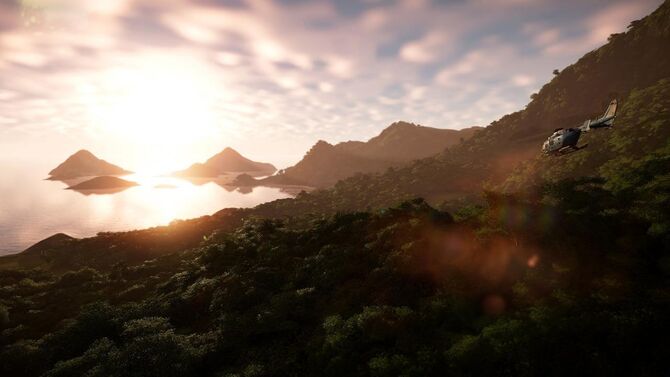 Isla Muerta, also known as Site C, is the second Jurassic World island operation, located in the Muertes Archipelago between Isla Matanceros to the north, and Isla Sorna to the south. Although known for its pleasant sunsets, Isla Muerta is often hit by powerful storms, while the island's geography necessitates monorails to connect different regions.

Progressing through Isla Muerta will unlock access to Isla Tacaño at three stars and Dig Team Bravo at five stars. Located separately from the main area, Dr. Henry Wu operates a facility at Muerta East, which can be accessed through the Secrets of Dr. Wu DLC.

Isla Muerta sits between Isla Matanceros and Isla Sorna in the Muertes Archipelago. No known InGen operations were conducted here.
Its name means 'death island'.
This is a deeply forested island, with attractive coastal regions. It is famed for the violence of its weather.

In the 1980s, the islands of the Muertes Archipelago, including Isla Muerta, were purchased from the Costa Rican government by InGen, in a 99-year lease which also covered the neighbouring Isla Nublar to the east.[1] Although InGen was not known to operate a facility on Isla Muerta, Costa Rican fishermen were apprehensive about the entire island chain.[2]

Isla Muerta offers a larger area to build upon in comparison to Isla Matanceros, although it also suffers from occasional storms capable of stressing temperamental dinosaurs such as Velociraptor. When first played, the existing facility on the island has been severely damaged from a recent storm, prompting the player to use a Ranger Team to manually repair buildings and fences before building their own facility. 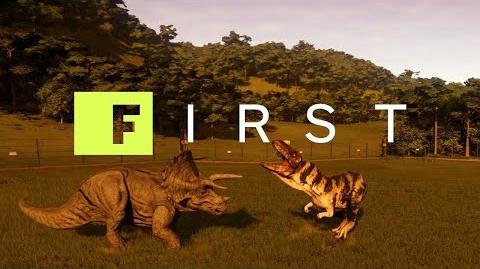 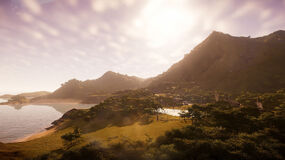 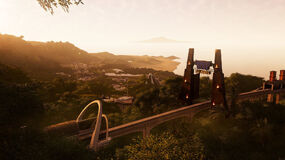