A Gate is a structure that can be opened to provide an entrance to dinosaur enclosures in Jurassic World Evolution. Ranger gates are automatically unlocked at the start of the game with Ride gates being unlocked with their respective rides as the game progresses.

Gates function differently from fences and are used by ranger teams to access dinosaur enclosures. They act like other enclosure buildings; they can be built alone or added onto pre-existing fences.

Gates automatically open for Ranger teams and Gyrospheres, but can be manually opened or closed. If the player has low enough loyalty with any of the divisions, they can be subject to a type of sabotage that opens all gates. 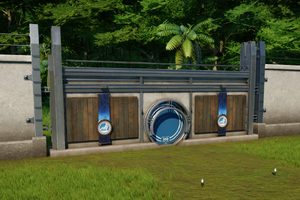 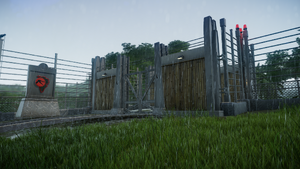 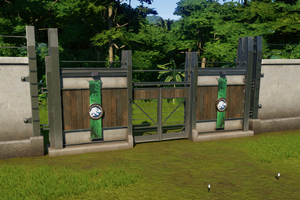 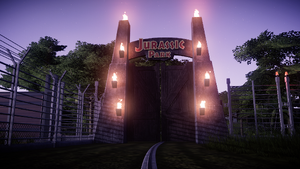 Retrieved from "https://jurassicworld-evolution.fandom.com/wiki/Gate?oldid=34219"
Community content is available under CC-BY-SA unless otherwise noted.