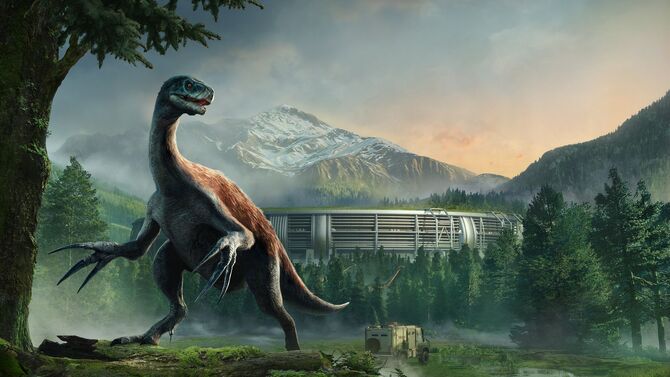 The Dominion Biosyn Expansion is the first expansion pack for Jurassic World Evolution 2, releasing alongside Update 3 on June 14, 2022. The expansion includes four new species of prehistoric animal, two new dinosaur variants and six new cosmetic skins. Additionally, it contains a new campaign and Chaos Theory Level featuring actors reprising their roles from the film, as well as numerous other features inspired by the events from Jurassic World Dominion.

NEW JURASSIC WORLD DOMINION CAMPAIGN Immerse yourself in a thrilling new campaign expanding on Jurassic World Dominion. Construct the Biosyn Genetics Research Compound using a range of new film-inspired buildings. Send scientists to retrieve amber-encased DNA, synthesise and incubate stunning new species, and observe their diverse behaviours. Team up with iconic characters from across the franchise as the story unfolds.

NEW JURASSIC WORLD DOMINION CHAOS THEORY Play through a gripping new ‘what if’ scenario inspired by the epic events of Jurassic World Dominion and build your very own facility to house dinosaurs in an all-new Sierra Nevada environment featuring majestic pine forests, snowy hills and sweeping plains. Use the new dinosaur-wrangling mechanic to corral herds quickly and ensure their safety with new security measures.

The expansion also adds a new Chaos Theory level to the game where you work to protect dinosaurs at a snowy Sierra Nevada range, in a level inspired by the events of Jurassic World Dominion. The new dinosaur-wrangling mechanic can be used to corral herds of dinosaurs quickly, without the need for tranquilisation or a transport team. As your ranch grows larger, dinosaur rustlers will break in to steal the dinosaurs you're trying to care for. You'll have to build out your security measures to detect intruders and perimeter breaches, and intercept their vehicles before they can make away with your dinosaurs. 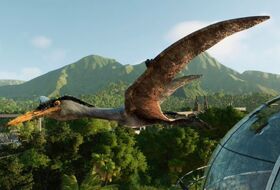 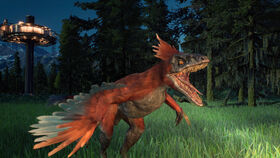 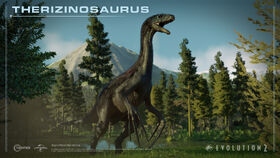