Dimorphodon is a genus of flying reptile in Evolution 2. It originated from Early Jurassic Europe.

Dimorphodon was one of the species intended to be exhibited in the original Jurassic Park on Isla Nublar, however, it had not been cloned at the time of the 1993 incident. A 1996 asset catalogue of the dinosaurs present on Nublar and InGen's Site B facility on Isla Sorna, reported that 36% of the Dimorphodon genome had been completed.[1]

Dimorphodon was later cloned by InGen for Jurassic World on Isla Nublar, where it lived alongside Pteranodon in the Jurassic World Aviary. During the 2015 incident, the Aviary was compromised by the rampaging Indominus rex, allowing the pterosaur population to escape and attack the park guests.[2] After the incident, all surviving Dimorphodon were left to roam wild across the island. In 2016, they were using the Lookout Point of the Gondola Lift as their nesting ground, where they were encountered by the survivors of Camp Cretaceous, Jurassic World's resident summer camp.[3] 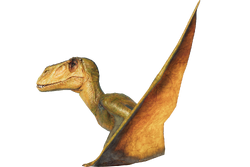 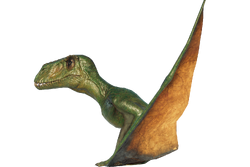 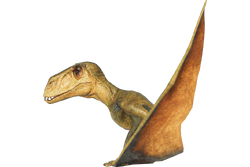 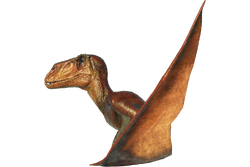 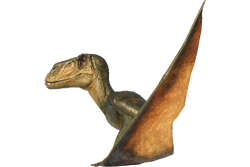 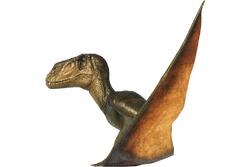 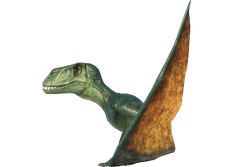 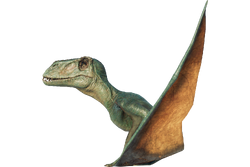 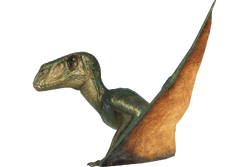 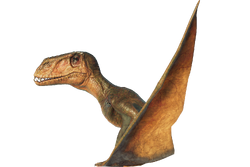 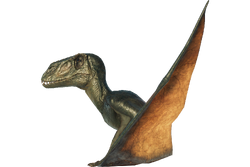 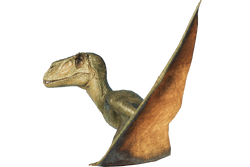 Dimorphodon was a mid-sized pterosaur from the Early Jurassic of Europe. It was a specialized pterosaur with a large skull, short wings, and large claws. Like other non-pterodactyloid pterosaurs it had a long tail, which may have had a triangular vane on the end.

It was first revealed to be in the game via a dedicated Species Field Guide which was released on August 4th, 2021.[4] It was the second flying reptile revealed for the game after the Pteranodon. 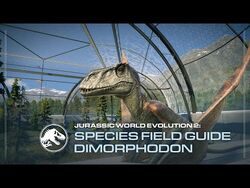