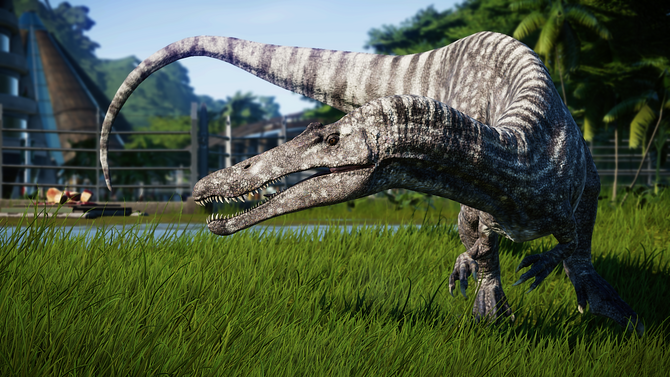 The Deluxe Dinosaur Pack is a downloadable content pack for Evolution. It was released on June 12, 2018, alongside the base game and could either be purchased automatically with the deluxe edition of Evolution or independently if one purchased the regular edition of Evolution. The Deluxe Dinosaur Pack includes 5 dinosaurs and several dig sites with the dinosaurs being Archaeornithomimus, Crichtonsaurus, Majungasaurus, Styracosaurus, and Suchomimus.

This pack of additional dinosaurs is for owners of the base game who would like to upgrade to the Deluxe Edition of Jurassic World Evolution.