In Jurassic World Evolution, Camarasaurus is reddish-gold-brown with a paler underside. It can be distinguished from other sauropods by its large, square-shaped head and blunt snout. [1]

Like other sauropods, the Camarasaurus eats from either the Tall Herbivore Feeder or, with the Claire's Sanctuary expansion pack, the Tall Paleofeeder, showing a preference for Conifers, Ginkgo and Tree Ferns.

Camarasaurus is a sauropod from the Late Jurassic period and its remains have been found in the famous Morrison Formation in North America. Camarasaurus was a medium-sized sauropod for the time, not the largest, but not the smallest and one of the most common. There are two branches of sauropod present in the Morrison Formation at this time, the Diplodocidae, such as Apatosaurus and the Macronaria.

The Macronaria can be identified by their boxy heads and more stocky and sturdy bodies, compared to the long, horse-like faces and elongated necks and tails of the Diplodocidae. Camarasaurus belonged to the former, along with Brachiosaurus. Both dinosaurs had evolved to feed on high growing branches to avoid competition with more grounded herbivores. Fossil evidence suggests that Camarasaurus lived in small herds.

Camarasaurus was one of the most prominent members of the Morrison Formation ecosystem, which had a semiarid environment with distinct wet and dry seasons. It housed a variety of different sauropods like Apatosaurus, Brontosaurus, Brachiosaurus, and Diplodocus.

Other dinosaurs found at the same time include the armored Stegosaurus, small ornithopods such as Camptosaurus and Dryosaurus, as well as the carnivorous theropods Allosaurus and Ceratosaurus. 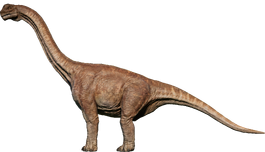 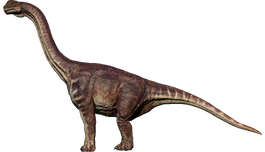 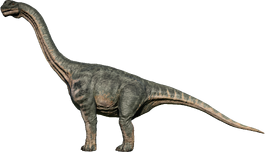 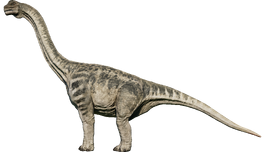 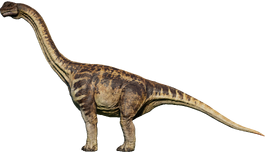 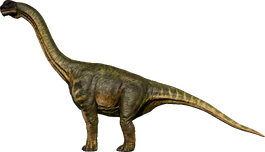