The Aviary is a large enclosure building introduced in Return to Jurassic Park, the third expansion pack for Jurassic World Evolution. It is used to house up to six Pteranodons, and doubles as both an attraction and a hatchery for the flying reptiles.

The Aviary is unlocked during the sixth mission in the Return to Jurassic Park campaign, and on Isla Sorna in the main campaign. It can be constructed in both the Jurassic Park and Jurassic World eras, with minor exterior changes to reflect the differing themes.

The Aviary is a large, domed enclosure that allows guests to view anywhere from one to six Pteranodons from concrete viewing areas around the base of the dome. The Pteranodon habitat itself is filled with a series of narrow streams, large rocks and pillars, small shrubs and vegetation, and perches of both a natural and artificial variety. A large metal catwalk snakes along the inner rim of the building.

The Aviary is unique in that it not only functions as an enclosure for the Pteranodons, but also as a hatchery, which can be upgraded with Incubation Speed and Success Rate upgrades. The building comes in two variants, one for the Jurassic Park era, and another for the Jurassic World era, though the two differ only in their exterior design. 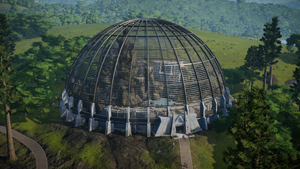 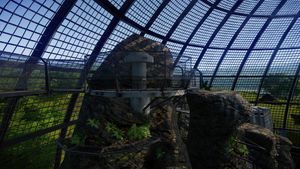 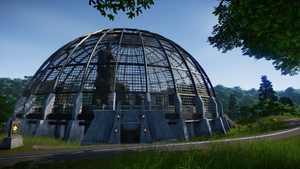 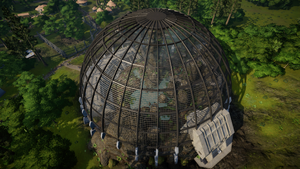 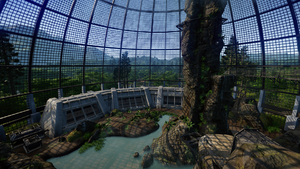 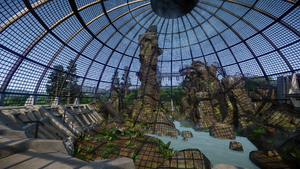 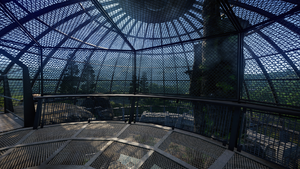 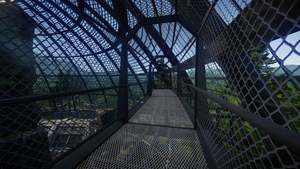 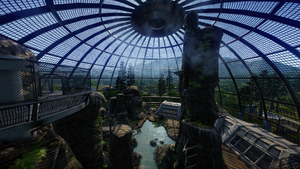 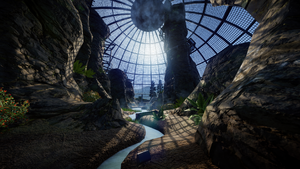 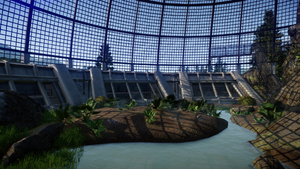 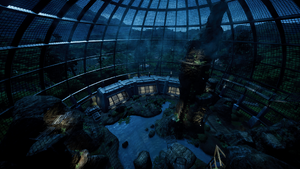 BUILDINGS IN RETURN TO JURASSIC PARK