Jurassic World Evolution Wiki
Register
Don't have an account?
Sign In
Advertisement
in: Dinosaurs in Evolution, Hybrids, Herbivores,
and 3 more

Ankylodocus is a genetically modified species of dinosaur, created by Dr. Henry Wu by combining the base genome of Diplodocus with that of Ankylosaurus.

The biggest hybrid dinosaur Dr. Wu has ever created, Ankylodocus possess the long, horizontal figure of the sauropod Diplodocus, and the imposing, defensive features of the Ankylosaurus, such as sharp spikes covering its back and a clubbed tail. The base genome of the Ankylodocus is a light gray color with a warm underbelly.

It is able to tolerate a considerably large number of dinosaurs in its enclosure. Due to its size, nothing can kill it, except for the Indominus rex.

Prior to its inclusion in Jurassic World Evolution: Secrets of Dr. Wu, Ankylodocus appeared in the mobile game Jurassic World: The Game, though it sported a notably different appearance. 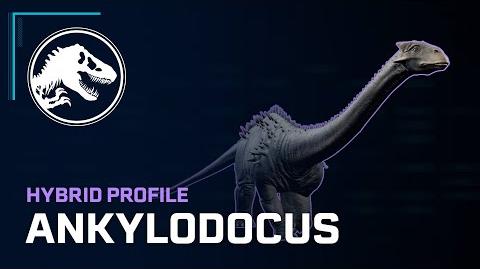